How *Rome are you?

Take this little quiz to find out.

Hint: if you answered yes to:

-- billy fucillo needs to shut the hell up

*The Rome with a Denny's and Walmart


Posted by Bernhard Warner at 8:02 PM No comments:

Italians have a great phrase to sum up their frustration with a person or situation: "Porca Miseria!", or "pig misery." It's a versatile little phrase, uttered by all and sundry. You can use it when a driver cuts you off or when your mobile reception konks out or when the only thing on TV is sing-along variety shows. (I originally surmised the phrase was used to summon the spirits to inflict intestinal, pork-inspired voodoo discomfort on your rival, but that explanation has long been discredited by modern Italians).

But the Italians, of course, do not have the market cornered on misery. In fact, that honor/horror goes to the Yanks. According to the latest Merrill Lynch study on "The Misery Index", now in its 30th year, Americans are the most miserable people of all G7 nations. More miserable than even the French!

According to the Economist:

The United States has the highest score (see chart), ie, it has the most wretched economy among the big G7 countries, thanks to its huge deficits. In the 1990s, by contrast, before its imbalances exploded, its index was one of the lowest. The United States is the only country to have seen a large increase in its misery index over the past decade. Virtually all the other G7 countries—including Europe—have seen sizeable improvements.

How exactly is "the misery index" defined by economists?, you ask. You take unemployment, inflation, interest rates and the budget and current-account balances, but then subtracts GDP growth (as it's a positive factor), add to a special economist blender and press the button. Eccoci!, you have a misery milkshake. That foul taste in the Yank shake is the balooning deficits.

As any homeowner can tell you, if you run up debts today, you have to bite the bullet tomorrow. As a nation, this means bigger taxes down the road to pay for the profligate spending of today. Of course, in the case of the Bush Administration, that budget deficit is financed in part by tax cuts for the super wealthy and sending troops to Iraq. Porca miseria, indeed!
Posted by Bernhard Warner at 3:48 PM No comments:

Just when you think you've got if figured out...

Italians, armed with fistfulls of focaccia, have managed to slay the tyranny of the Golden Arches...

...but 9-year-old Italian boys are ditching the beautiful game, soccer, for WWE professional wrestling.
Posted by Bernhard Warner at 4:15 PM No comments:

The mean streets of Rome

It's election season in Italy, time for Berlusconi's boys to trot out statistics about how much they have improved the old boot in the last 4.5 years. Today, we learn that crime rates are down dramatically across much of Italy. Here in Rome, the rate of predatory crimes -- consisting of the big 3: muggings, robbery and theft -- is down 6 percent year-on-year between 2004 and 2005.

This weekend, I was the victim of a nasty street crime. Cristina and I were walking home after a dinner party with friends. It was almost 3 a.m. We were steps from our door, minding our business, discussing the virtues of Sardinian cuisine, when an unsettling cry pierced the air. I looked to my right and saw a gang of neighborhood punks. They were on their motor scooters, doubled up. The passenger on the bike nearest me raised his arm. Commands were shouted, engines revved, assassins-in-down-jackets went into action. We were under attack!

All at once, a barrage of objects came hurtling at us. I reached to push Cristina out of the oncoming maelstrom, but it was too late. Luckily (and wisely), she was unharmed. (She cuts a pretty intimidating stride after a Sardinian meal. They were wise not to mess with her). I was not so fortunate. The objects - eggs! -- were not a direct hit. It was worse. The projectiles caromed off the wall of our apartment building at a deadly angle, unleashing maximum spray. I was asoak in yolk.

"Cristina," I yelled out in an echoey, adrenaline-filled I've-been-hit-fend-for-yourself-moment, "We've been egged!"

Cristina, unscathed, flashed me a horrified look. "Egged!?! Siamo ouvati!?! You can use 'egg' as a verb?"

Egg shells freezing to my jacket, yolk and egg white streaming down my side, I tried to regain my composure and explain why, yes, sometimes the English language is indulgent enough to allow nouns to act as perfectly acceptable verbs. "Look at Google", I pointed out.

She wasn't buying it. To Cristina, a heinous crime had been committed. A crime of linguistics. The neighborhood toughs screamed into the night, no doubt terrorizing other unsuspecting pedestrians. God help us all.
Posted by Bernhard Warner at 3:41 PM No comments: 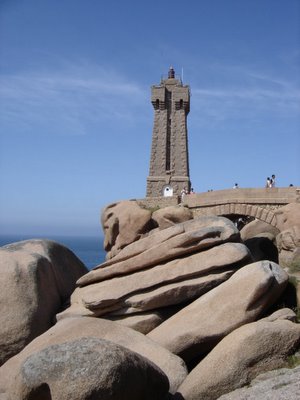 If Mars had (has?) a beach, I bet it would look something like Brittany's red granite coast. This is Ploumanach.

Posted by Bernhard Warner at 8:15 PM No comments:

Shamelessly, I am nicking this post idea from Monkeydaemon. (It's the least he could do).

2005 was a pretty damn good year. Here are some of the highlights in the gustation category.

Best meal (ex-Italy). Meson el Marinero for a heaping pan of simmering lobster tails and new potatoes in Castro Urdiales, Spain. This is hearty, unpretentious fare. We ate like Spanish royalty for less than the price of a round of beers at a Manhattan bar. The cuisine of northern Spain has quickly become an all-time favorite. I can't wait for my return visit.

Honorable Mention: l'Etrave, Brittany, France. Located on the spookily desolate road heading to Pointe du Van (the lesser point of the Finisterre peninsula). If you find yourself at "the end of earth" (Finisterre), and the sunset is blazing, treat yourself to a fantastic fish meal here. But book ahead.

[Incredibly, neither restaurant has a Web site. Sometimes good food is more than enough to attract discerning diners. We lucked out and walked in and grabbed a table at both restaurants, adding to the unmistakable aura of divine intervention.]

Best meal (Italy): Tagliatelle in white truffle sauce at the annual fiera nazionale del tartufo in Acqualagna. 12 euros for a plastic plate of sinfully good pasta. Wash it down with a plastic cup of Sangiovese and you are in tuber heaven.

Best wine (white): Chateau Belair, 2003. Believe me, I have terrible recall for French wines, mainly because I am largely unfamiliar with the regions, but this one was an unforgettable Bordeaux, imbibed at l'Etrave. Magnifique!

Best wine (red): To Umbrians, vino "Sagrantino" is treated with reverence. Soon, the rest of the world will show the proper respect. I put a 2001 Sagrantino up against a Brunello at a wine fair in Rome in an unscientific taste test. My vote: the Sagrantino. No contest.

Best gelato: Gelateria Alla Scala, Roman neighborhood of Trastevere. What Cristian Carlostella does with frozen milk sugar, spices and fruits is nothing short of art. This man should be a candidate for cannonisation some day. His pistacchio and cinnamon are two miracles already.

Best Pizza: As chosen by an esteemed panel at the annual pizza party in May in Amandola: A pine nut/raisins/salt/olive oil with garnish of fennel number courtesy of Cristina Duranti. Che bella!
Posted by Bernhard Warner at 4:37 PM No comments:

...because, in a place like Rome, pictures speak louder than words.
Posted by Bernhard Warner at 1:37 PM No comments:

A dragon in the basement

Everybody should have a neighbo(u)r like Michael, il mio vicino from the Marchigiani hills. He may have been born and raised in South London, but he's got Italian blood flowing through his veins. I used to kid him that he should run for mayor of Amandola, so adept is he at diffusing tension with a charming smile and cutting wit. But, then we'd lose him no doubt to more pressing causes. The Bank of Italy or Prime Minister are but two positions that come to mind. So, for now, we Amandolese our content to have him and his lovely wife Liliana as our regional ambassadors, two futurists living in a 15th century casa. Here's the latest heroic tale from his blog in which Michael tries to single-handedly crush Big Oil, one stick of wood at a time.
Posted by Bernhard Warner at 1:21 PM No comments: 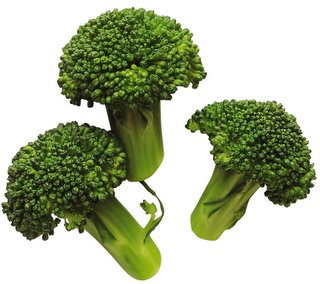 Thanks to the Beeb for these (and 96 other) pearls of wisdom.
Posted by Bernhard Warner at 2:38 PM No comments: