If you, dear reader, have come to Il Sette Bello in search of DIY tips or light construction advice, you are on the wrong blog. Yours truly has mightily improved his home construction skills in the past few years (i.e. I have graduated from holding a ladder and fetching screwdrivers for agitated older brothers to fetching my own screwdrivers and wobbling atop an usteady ladder), but I have not advanced enough to dispense advice. Well, beyond cautionary advice, as in do not try this at your own stone cottage.

This past weekend I raced up to Amandola to, among other things, intercept a truck rumored to be carrying the materials for my future pergola, materials I ordered at some point during the Berlusconi government. As I once had envisaged as a younger man, the truck arrived and dumped a pile of 3 meter (roughly 10-foot) beams onto my stone patio and a bag of screws. Well, not exactly as I had envisaged. There was nothing more. No schematic. No instructions in multiple Romance languages. Just screws and wood, a perplexing combination for me and my trusty sidekick, Pino, the Napolitano-born wonder fixer who is in high demand in the hills outside Amandola. We later recruited Fiore, an 82-year-old ex-barista, and Joe, another construction specialist. Basically, if you could keep steady several vertical 10-foot beams, you were hired for the job.

Even with this fit and able crew, we ran into a series of frustrating complications. First, our plan to anchor two of the beams into the soil were nullified when we learned that the patio extends several meters out under a thin cover of earth. The more we dug down, carving out snug post holes, the more stone and concrete we hit. Basta cosi, someone (sensible) ordered. Our plan B -- to anchor the mounts to the patio itself -- was even more of a disaster. The stone floor literally ate the drill bits, blunting them as if they were crayons. Meanwhile, during all this excitement, passersby checked in on the progress of la pergola di Bernie, "Bernie's pergola," which drew comparisons to great unfinished construction projects that Italy is so famed for. We have one nearby. It's a new valley road to the provincial capital of Ascoli Piceno, replete with a Space Mountain-like tunnel, that when finished (promised for the Spring of 1998), will cut 20 mins off the trip. As the Marchigiani say, "qualcuno mangia bene" -- someone is eating well on that never-to-be-finished project. I was determined to see my pergola not enter the annals of half-finished Italian constuction works, but my neighbors, watching on the sidelines, had grown dubious. Upon surveying the scene, some muttered a few unhelpful observations (as in, "who let Bernie near the ladder and screwdrivers?") before apologetically dashing off to other affairs, fearing no doubt they too would be recruited to hold upright a 10-foot beam in the blazing sun. Cowards.

In the afternoon, after polishing off a beer and sandwiches, we looked for a plan C. Fasten three of the four beams to the patio wall. Semplice. This would prove to be the solution staring us in the face all day long. The only problem was we didn't have enough sturdy bolts, and the drill bits, well, see paragraph above. It was concluded right there. I would go back into town and buy the proper materials and we would start over. In a few weeks time. We disassembled the pergola and set it off on the side of the property. I could live with that. In its current state of disassembly the pergola does not resemble a half-finished construction project, really. Half-finished would be an improvement.
Posted by Bernhard Warner at 9:56 AM No comments: 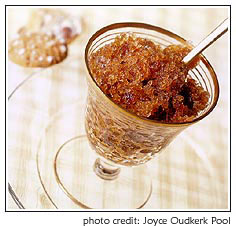 Closer to home, I am seeing shoots of promise and economic recovery. Why is that? Shortly after the New Year, the neighborhood bakery closed up shop (as did a bar, a barber shop and a change in management at the tanning salon). Well, today a new bakery, or forno, opens from the ashes of its rather sub-par predecessor. But this one is Sicilian! Sicilian pastries, breads and, we hope, granita, 50 steps from my front door. Bring on the economic collapse of this G8 member. I won't starve!
Posted by Bernhard Warner at 1:18 PM No comments:

Here's my latest piece for The Times, a mini-profile of an eccentric 26-year-old Finn who aims to sink the Hollywood studio model by releasing his second film online only. His first, a Star Trek parody, amassed an incredible 10 million views -- a true success for a first-time filmmaker. Can a second sci fi parody score him a similar audience? Stay tuned.

Reflections on the local butcher

Last night, after a nice meal with friends, I tucked into the *latest New Yorker.

*Because my New Yorker subscription is mysteriously routed through Frankfurt, Germany, I am perpetually 2-3 weeks behind, which means I am just now reading about Donald Trump rocking out with Bob Weir at the Beacon Theater, and Hendrik Hertzberg's take on the four-star dissing of Rummy. But sometimes it's better to read these things well after the timeliness is gone. After all, who in Rome can I turn to at a dinner party and ask, "Did you read about Donald Trump appearing on stage with RatDog?"

Perpetually stuck in a mini time warp here in Rome, I prefer to dive straight into the articles that are, like me, not exactly time-sensitive. And, so this week I was leafing through the pages and found this gem by Bill Buford entitled "How I became a Tuscan butcher." Buford, a New Yorker, buys a pig at the Greenmarket in Union Square, an episode that leads us into his hilarious apprenticeship working alongside the famous Tuscan butcher Dario Cecchini. You mention the name "Dario" to an Italian omnivore and they know straight away who you're talking about.

In my glee, I mentioned to Xtina the New Yorker piece on Dario. Her response was dismissive. "You Americans. Why must you make a celebrity of this man?," she tutted. "He just puts on a show for you," she continued. "But it's just a show." Is the New Yorker guilty of hyping Dario?

It's true this is the second New Yorker article I've read about Dario in the past few years. And, they did do a particularly long, but brilliant article on the feral pig (cinghiale in Italian) a few months back. But I hid these facts, and instead tried to defend both Dario, the buther, and Buford, the writer, and butchers and writers everywhere, but she wasn't interested. Xtina, who grew up an hour from Chianti, believes she has every macellaio in Central Italy figured out. They are enormous men with even larger personalities. Xtina's image of the macellaio, I believe, is tainted by a particular grabby character from her old neighborhood in Rome who every night asked Xtina to take him home. "I will cook for you. I will sing for you. We will sing together," he would say with a wink, before his disagreeable wife, banished to the back of the shop, would snap at him. Once, this same butcher refused to cut 3 slices of prosciutto for Francesca, Xtina's younger sister. "3 slices!?," he exclaimed "You must be lonely. I will cut you six slices and we can share them together. Take me home. I will cook for you. I will sing for you. We will..." The wife saw to it he didn't finish his common refrain.

Me, I don't have a hangup about the macellaio. If I came home one night to find one in my apartment I wouldn't be pleased. But on their own turf, these men are gods in my eyes. I have raved in this blog often about Mario, butcher extraordinaire from Amandola. He too has turned butchering into an art form. I have more than once had to fight back tears of joy as I devoured his pork ribs, exclaiming "genio!, genio!"

Buford knows his pig better than most civilians. Again, I nearly had a tear in my eye reading about his handiwork -- with a knife, and at the keyboard. His last line is most poignant and shares exactly how I feel about the wondrous work of the macellaio: "The pig, we knew precisely, had been slaughtered for our table, and we ended up feeling an affection for it that surprised us."

Bravissimo. Who cares what Xtina thinks.
Posted by Bernhard Warner at 3:06 PM 2 comments:

A tourist walks into a bar...

From time to time, I am asked: "Bernhard, How does Il Sette Bello get its stories?" The crack staff is always working on breaking news, fearless critiques and fluffy features. We also rely on reader submissions. This story about a 990-euro bar tab for a single beer comes courtesy of Jim, a loyal reader in London.
Posted by Bernhard Warner at 7:10 PM No comments: