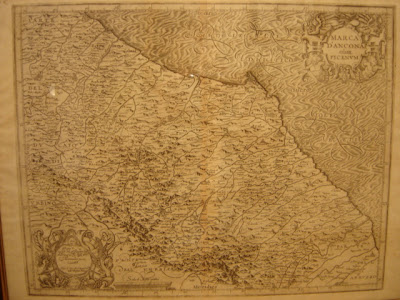 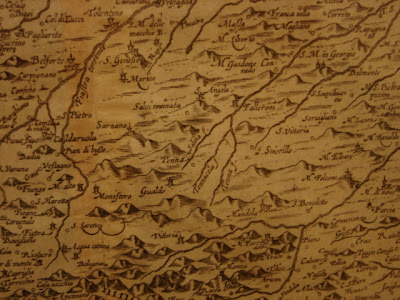 Posted by Bernhard Warner at 12:02 PM

The Villa della Seta at Corliano is a “Palazzo of Gentlemen, with a staircase out front, with a gallery at the main door, with a spring and surrounding land for the use of the aforesaid palazzo” which the Florentine Vincenzo Pitti described as “the most beautiful mansion that there is near Pisa” in the first half of the seventeenth century.
It was the Spini family of Florence, who had started construction of the Villa in the first half of the fifteenth century, which sold the estate of Corliano with its mansion house for 1500 florins to the della Seta family. The original deed of purchase, drawn up in Palermo in 1536, is still in the Agostini Venerosi della Seta family archives. At the sides of the Villa there are the buildings of the farm and olive oil mill, built at the end of the eighteenth century. These were part of a farming enterprise which exported olive oil, produced on the three estates that the family had in Tuscany (at Corliano of San Giuliano, Colleoli of Palaia and Capannile of Lari), to Europe and America up until the first years of the twentieth century.
The palazzo, renovated by the architect Ignazio Pellegrini in the eighteenth century, is externally decorated with sixteenth century graffiti, typical of the Florentine mannerism style. Harpies, crowns of fruit and flowers, birds and other symbols represent the virtues of “Fortitude, Abundance and Fortune”. The same themes are to be found in the internal frescoes of the main reception hall (attributed to Boscoli) and in those along the main staircase.
The park of 35,000 square metres, with centuries old trees, encloses the eighteenth century Coffee House, the stables and the small church of St. Peter and Paul (the altar was purchased from the church of St.Torpè of Pisa in 1793), where family ancestors are buried.
The Villa has hosted many illustrious guests such as Gustavus III of Sweden, Christian II of Denmark, the Royal Family of Great Britain, Benedict Stuart Cardinal of York, General Murat, Luigi Buonaparte, Paolina Borghese, Carlo Alberto of Savoy, the poets Byron and Shelley, and various other personages from the history books.
The area of the Pisa hills was already an attraction for enlightened travellers in the first half of the 1700s with the growth of the thermal spa of San Giuliano, which became a fashionable spot for the well-off classes. The mansions on the road along the hills, already renowned as places of gentle idleness and relaxation in the heart of the countryside and also for their small industrial facilities for the transformation of agricultural products, soon assumed the characteristics of true leisure resorts, just like those narrated by Carlo Goldoni and which we can continue to enjoy today.

huh? is this human speak, or are you a robot splogger? ... for the sake of education, I will keep the post alive, but do explain yourself

Hi Bern,
Just salvaged your E-Mail from SPAM filter.
I thought this was a cool map when I was looking at it in Xtina's parent's house. I liked the hills drawn in with the names of the towns on top.
I also enjoy a good map. Must be in the blood.
Greg