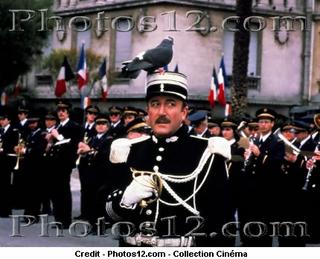 Italy is in its slow(er) season at the moment. Yeah, there's terror sweeps, bank-rigged M&A deals, unsubstantiated claims the recession is over, but this seems a big yawn when compared to news France and the UK are bickering again. French President Jacques Chirac on Thursday in a Bastille Day interview rattled off all the reasons France is better than Britain, nah nah nah nah nah. Yeah, the UK may have the Frenchies beat on unemployment, economic prosperity and the 2012 Olympic Games, but zee French are clearly ahead in cuisine, the birth rate and spending on scientific research.

For those of you unfamiliar with the French-English rivalry, the spat began in 1066 when some blokes named Norman crossed the channel and took over. Ever since then, the Anglo Saxon and Gallic peoples have been re-crossing the channel to do some plundering on the other guy's turf; the French in search of jobs and the English, cheap wine. As a result, they are pretty familiar with one another and are prone to bicker like, well, nextdoor neighbors. Only neighbors who know each other so well could be so ruthless. Perhaps the most damaging blow came in 1963 when "The Pink Panther" made its cinematic debut.

The Italians don't really have a similar rival whom they love to hate. Italians hate the government, but that's no fun. Everybody everywhere hates their own government. I think this is just what Italy needs right now: A country to hate. Any suggestions? (And don't say the U.S.)
Posted by Bernhard Warner at 10:50 AM

Too easy: Italians hate each other! The north hate the south, the countryside hates Rome, etc.