Merlot on the tracks 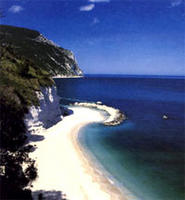 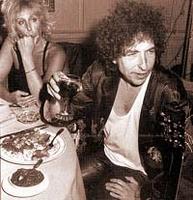 Bob Dylan has teamed with Marchigiani vintner Fattoria Le Terrazze, near Ancona, to produce a red wine debuting this fall in the U.S. It's named after Dylan's 1974 album, "Planet Waves". Dylan's red, at $65 a bottle, is a mix of montepulciano (a workhorse grape in Central Italy) and Merlot. Yes, Sideways fans, Merlot. Patoohey!

Actually, this part of Le Marche, a region best known for its Verdicchio whites, makes some very nice reds, though typically not enough to export in any significant quantity outside of the region. Hence, 65 smackers for a bottle of vintage Dylan. My favorite red from Le Marche is the La Crima di Morro, made from a very rare vine of the same name in the same basic area. It's cultivated, as far as I know, only on in select valleys along the Adriatic, namely Le Marche and the Veneto regions.

Back to Bob's brew. From the Web site here's a description. Oh, and a link on where to buy.

I'm a bit skeptical. My advice is, if you are ever in this part of Le Marche, save your 65 bucks and have a nice fish meal instead in nearby Sirolo overlooking the white cliffs of Monte Conero and the Adriatic. Then pick up a bottle of the La Crima di Morro for 8 euros and pop in a Dylan CD.

If the Dylan wine were any good, it'd be named after a better album.