Summer's over: back to U.S. bashing 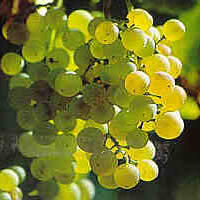 It's official. Summer is definitely over in Europe. We know this because EU parliament is back in session and European lawmakers are going after their favorite target: the U.S. This time, U.S. winemakers. Without saying as much, the Europeans are building up to some kind of protectionist policy on the beloved winemaking industry as the market here dips into crisis.

Intense competition from Australia and South America, overproduction in Spain, France and Italy, and flat demand here, all mean there is a glut of cheap wine on the market, crippling the little vineyards. At the same time, the U.S. winemakers are seeking open access to the European market. What to do? Cue the McDonalds and Coca-Cola cliches (French Liberal Democrat Anne Laperuze testifies: "I don't want a McDonald's type Chardonnay.") and harken back to some common ancestral rite (in this case, the Romans taught us to cultivate wine) in explaining a rationale to limit U.S. imports.

All U.S.-bashing aside, there is one troubling element that came out of the testimony in Brussels this week. In Europe, doctoring the production of wine is verboten. But diluting wine with water or doctoring it with smoked wood chips (apparently, the perfect companion to BBQ potato chips) are practices carried out regularly by American winemakers. I don't know how common a practice this is, but I always wonder what those little specks are floating on the top of say, a, California Zinfandel. It's unlikely the Europeans will succeed in changing American winemaking practice. But they have succeeded in scoring major label changes (at least on imports into Europe). No longer will Americans be allowed to freely use names like Riesling, Champagne and Chianti.

I can't decide if this is an improvement for the average wine consumer, but I like the idea of more honesty in labeling. Maybe in the next parliamentary session, the Europeans will take on Budweiser and its "King of Beers" slogan. I can just see a Belgian lawmaker saying "We Belgians have been making beer for 1,000 years. Budweiser is no beer."
Posted by Bernhard Warner at 8:55 AM

very nice article.
i just take a chance to add that all the vino bianco should be served in a pretty big cup, frozen, with ice cubes.
it works good. beleve me.

Tom Naka said...
This comment has been removed by a blog administrator.
7:13 PM

dompia said...
This comment has been removed by a blog administrator.
3:28 PM

Budwieser is a real beer and it's made in Ceske Budejovice/Budwies, in Czech Republic !

Some us. company stole the name and thought they could get away with it because the town was behind the "iron curtain", which is no more the case.