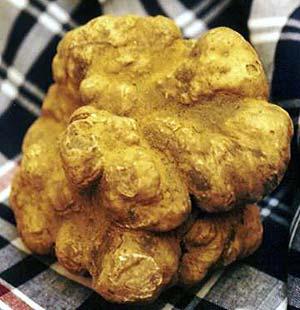 They are indeed rare, found only in remote mountain areas in Alba (northern Italy) and dotted around Umbria and Le Marche in Central Italy. This weekend I am off to Le Marche, truffle hunting in...well, I can't say where. It's a secret. Apparently, truffle secrets go to a man's grave. In years past, truffle hunters or trovatore have poisoned the truffle-sniffing dogs and pigs of rival trovatore. Murder is a small price to pay for the joy of eating a hideously formed creature that grows under trees and smells like old running shoes left in the rain.
Posted by Bernhard Warner at 6:03 PM