Catfight off the catwalk 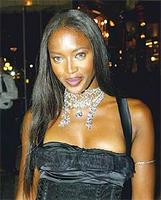 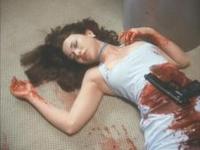 One for the growing supermodels-are-trouble file: super(scary)model Naomi Campbell gives fellow Yvonne Scio a fat lip Monday night following an altercation at super-plush Hotel Eden off Via Veneto Monday. The trigger? Apparently, Ms. Scio made a crack about Naomi's outfit. Scio's handlers say the model and actress was recuperating in bed, presumably still in Rome. "Her lip was split and she lost a lot of blood," Scio's attorney said, adding this one is heading for court.

For those of you asking: who the hell is Yvonne Scio? She put in a couragious performance in 2001 straight-to-the-backwaters-of-the-Internet thriller "Layover". According to Cinemorgue.com, Scio meets her fate when:

Shot in the stomach by Gregg Henry in a hotel room while David Hasselhoff looks on in shock; she staggers out into the hallway, where Gregg finishes her off with another shot to the stomach.

In shock! David Hasselhoff does shock too? Is there no end to this man's cinematic genius?!!... I digress...

Erm, guilty.
Posted by Bernhard Warner at 9:57 AM