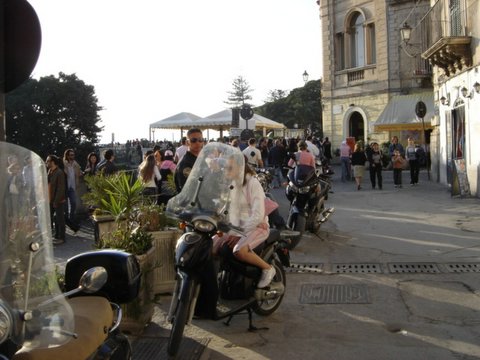 The incredible city of Siracusa, an inhabited city since 734 BC. The Greeks (from Corinth) arrived a century later and made it a principal trading and political center. From that point on, it was conquered by everybody: Romans, Arabs, Byzantines, the Spanish, Normans, Germans, Garibaldi and crew, American Allied forces and now gelato-seeking tourists.

The city is going through an incredible revival these days with scores of fantastic restaurants and wine bars attracting outsiders from everywhere. In this photo, young Siracusani gather around a central square at sunset.

Posted by Bernhard Warner at 3:32 PM