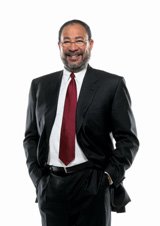 What does a CEO do to unwind from the daily rigors of defending a sprawling $43 billion media empire from corporate raider Carl Icahn? If you're Time Warner boss Dick Parsons, you cultivate wine. Parsons recently acquired a prime vineyard in Tuscany's Montalcino region, home to the famous Brunello. This weekend at the annual fiera di Brunello, Parsons' first batch will be sampled by the public. For the megawealthy, buying Italian vineyards has become al corrente. Last Autumn, Russian oligarch and Chelsea football chief Roman Abramovich set aside 10 million pounds from his personal stache and was hunting for a plot in the Umbria/Tuscany regions.

If I had discretionary income to pluck down on a vineyard it would have to be in the Trentino/Alto Adige region. Who's willing to back me?
Posted by Bernhard Warner at 9:02 AM